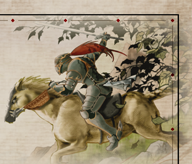 Elemental, a 4X game in development by Stardock, has a lot of promise. While reading up on the game, I've come across several key phrases that have sold me on the game.

Yes, it’s a 4X strategy game with a little Baldur’s Gate in it. (Source)

is obviously a big influence on the designers (Source)

By the end of the game, they’re [players] a Sauron or Morgoth level of power (Source)

The in-game tools of Elemental are designed to let players create their own items, their own worlds, their own graphical elements to the world, their own creatures, their own races and pretty much anything else they might want to expand the game. (Source)


The Random House Group will also publish ELEMENTAL: DESTINY’S EMBERS (August 2010), a novel set in the world of Elemental, written by the game’s creator and executive producer, Brad Wardell. (Source)

The game is currently scheduled for a summer release (Source)

If anything bad can be said about Elemental at this point, it is that the game may be too ambitious. From the lowest common denominator graphics, user generated content, multi-player for every play style, and complex simplicity; Elemental is attempting to deliver a lot. I am hopeful they can pull it off.
on March 28, 2010