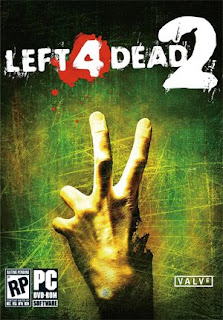 I was playing Left 4 Dead 2

last night and as I was getting settled back into some VS. gameplay, I was reminded of one of my few complaints against the L4D series: poor multiplayer matchmaking.

The Left 4 Dead series has given rise to a new virus on the multiplayer scene: rage quitters.  All it takes is one rage quitter at the end of a bad match to trigger a nasty cycle.  Others will follow, usually leaving an empty team that is filled with random new players two minutes into the start of the next round which is often far too late for the team to recover.  The round goes badly, another rage quitter pops, and we're back at square one.

In a traditional FPS, a stronger skilled player can make up for a missing player.  Unfortunately, the problem for Left 4 Dead 2 is that the loss of a single player greatly reduces the effectiveness of the team.  The game is built for 4 vs 4, with the goal being 3 out of 4 players on the survivors team being disabled at any given time by the infected team.  That 4th player is everything!  Without a reliable 4th player, the survivors risk easily being caught and the infected have no one to harass the last survivor after a proper ambush.  When that 3rd or 4th player doesn't appear until halfway into the match, the game is all but lost (if the players even stuck it out that far).

Less bitching, more ideas on how to fix it

What L4D2 needs is a karma system that rates players.

Players would  be rewarded for finishing games, win or lose, and penalized for leaving games early.  However, only when voted on by the players that actually finish the round.  At the end of the match, a quick vote system pops up and players mark a + or - next to each name.  A negative would only be allowed on a player that left the match early and the earlier they left, the more that - hurts their karma.  A + would add karma obviously.  A blank vote is counted as a neutral, no change.  This serves as a self-policing mechanic for the community.

Those players maintaining a positive karma need to be rewarded with better match making tools that allow them to filter out low-karma bad apples. With dedicated servers hosting the L4D2 games and Steam tracking the players, this could be implemented.

Karma stats would also need to be public, without an option for hiding them.

The beauty of this?  Anyone, at any time, could just set up a non-karma game or set the karma level to 0.  But those of us looking for a better experience, without the benefit of a steady play group, could filter to our hearts content for the caliber of player we want to play with.
on January 21, 2010

Email ThisBlogThis!Share to TwitterShare to FacebookShare to Pinterest
Labels: L4D