Steam can learn from Netflix 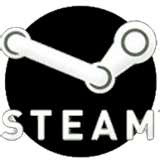 I love Steam, but I hate misleading press releases. Valve, Steam's overlord, announced that they now have 25+ million users. Unfortunately the details are sparse. There is no indication of what "active account" means or how many are purchasing games on a regular basis. It's difficult to believe these numbers don't include accounts that have long gone dormant. The only vague number given is that ~10 million people have a profile, indicating some sort of buy-in into the Steam platform.

During the last calendar year the platform surpassed 25 million active accounts, up 25% from the prior year. Of the 25 million accounts, over 10 million of those have profiles in the Steam Community.

In addition to the millions of new accounts created during the year, the peak number of concurrent users eclipsed the 2.5 million mark during the month of December, pushing Steam's average monthly player minutes to more than 13 billion.

Contrast this information with the recent Netflix

At a glance the reports look similar, but Netflix has two subtle differences.

First, Netflix breaks down year over year and quarterly growth in hard numbers, not percents. This is an important distinction as it gives a clear picture of where the platform is heading. Steam on the other hand only provides a current number and percent growth.

Secondly, Netflix identifies the number of accounts that are riding on their various free offerings and trials. The Steam report has no indication of how many accounts were brought on board through free game offers or "required by game" installs.

Other than labeling all 25 million Steam accounts as "active", there is no real sense of the power of the platform. With the Netflix report, we get a much better feel for how subscribers are using the platform and how Netflix is growing.

Valve is more than generous with data collected from Steam (hardware surveys, heat maps, etc.), but its starting to feel like marketing overdrive when they are talking about the status of the platform. Hopefully, Valve can take a queue from Netflix and realize that granular subscriber data is not the end of the world.
on January 31, 2010