I once hated Twitter. I now love it. I get to find out cute little things like Olivia Munn (@oliviamunn) having a fear of flying:

Soleil Moon Frye aka Punky Brewster. RT@fedbizop Who do you want to play U in the story of your life?

If I dont make it, tell my mama not to cry. tell her i was happy, made fun of fat people, told lots of racist jokes and LIVED!

Don't know who Olvia Munn is? Only the hottest geek gaming chick of them all and star of Attach of the Show on G4 TV. 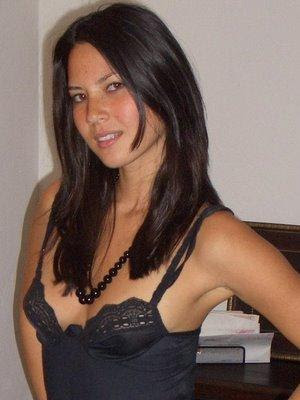 The only thing that concerns me is that it is not a verified person on Twitter so could just be a twitter hoax :P Oh well, hot chick pic FTW!

oliviamunn In NY safe! Yeah bitches!!! Liv Munny in the hiz-ouse!... Fuck I just said "hiz-ouse" as a replacement for "house". Gotta kill myself. Damn.