The Difference between Everquest and Ultima Online players

For many MMORPG veterans the first MMORPG they played was either Everquest or Ultima Online. Now obviously these were not the only games on the market, but they held the lion’s share of players and are also recognizable icons of the early days of truly massive graphical MMORPGs.

There is a difference between the player mentality between both Everquest and Ultima Online. Not only in the way they play, but in also how they talk about MMORPGs. 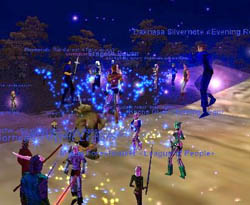 Everquest gamers in general always talk about what "their guild" did back in the glory days of Everquest. It is about "them" slaying the dragon and about how "they" used to camp dungeons.

Everquest was a grouping enforced game. You played to group. You grouped to play. There were classes that could solo, but in general you did not solo. Any "I did this" statements are usually followed by "because my group/guild did that." 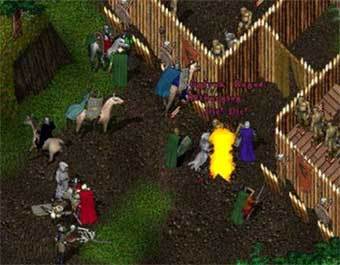 Ultima Online players usually state what "I" did. "I" used to own a castle. "I" was a tamer with five of "my own" white wyrms. "I" was a dread lord.

These players still refer to most of their accomplishments as "I" accomplishments. "I" owned a house in the "city that we built". While the group provided a goal overall it was still the individual that defined their life. What "I" did defined "my" experience in game.

Weak players in Ultima Online were weeded out relatively quickly. If "you" couldn't cut it "you" were pretty much inclined to stay in the safety of the NPC guarded towns. Weak players either quit or became better players.

The middle ground didn't really exist in Ultima Online until the release of Trammel in the Renaissance expansion. Trammel was the "safe" mirror of the world where no harm could be done against another player. Weaker players found a home here, but just like Everquest they no longer had to become better players to experience the game.

Weak players eventually did form guilds and build towns, but in general there was a group of stronger players that held the guilds together. There is a small sect of Ultima Online players that do talk about what "they" did together as a guild. These are the players that built towns together and most likely defended these towns as Anti-PKs. This was more a creation of player actions than game design.

So where does this difference lead us to?

Well I don't want to point fingers and say this game or that game follow this or that pattern. I don’t want to say which game is better. Everquest and Ultima Online were two different games with two different play styles. The debate about which was/is better will never end.

What we can look at is what has happened since the early days of these games. World of Warcraft is the new “must play” game and Everquest 2 is quietly gaining steam. Both games follow in the Everquest mold. A dozen other MMORPGs have launched and a few others have closed down since then.

Most (if not all) have followed the Everquest mold more than the Ultima Online model. It seems that the teamwork approach is an integral part of the Massive Multiplayer aspect of MMORPG.

However, as we are starting to see with World of Warcraft there still is a strong player base that demands solo friendly “I” content. These players are still looking for the friendly world where they can enjoy the “I” content along with the “team” content.

I conclude that players like to play together with friends. They enjoy having things to do with friends, but when friends are unavailable they want something they can do alone. Accomplishments are both defined by what “I” did and what “we” did. The future of MMORPGs is a careful melding of Everquest and Ultima Online play styles.
on February 13, 2006